Blanchette stands quietly in the rather crowded, in more ways than one can imagine, Soho scene. On a Saturday lunch the place was filled with a mix of families, couples, girlfriends, all sorts, tasting Blanchette’s version of French sharing plates. The Parisian-styled bistro has its niche polished to perfection from the front of house staff down to the details in the decor. The atmosphere does work a pseudo-Parisian charm and can easily be classed as a romantic little getaway with its flickering candles. 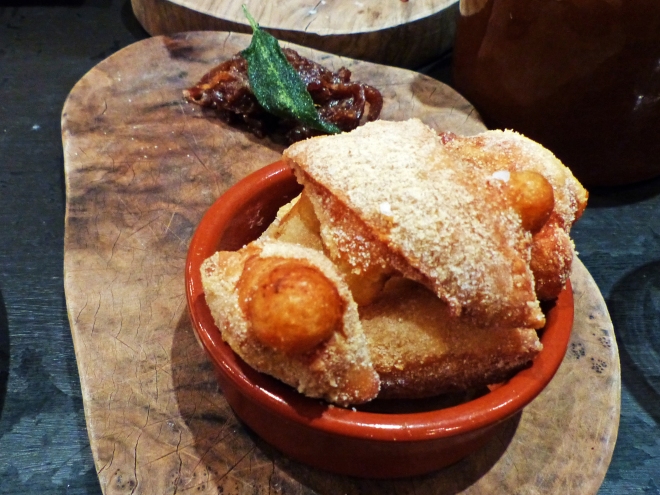 Food wise Blanchette is dependable but possibly less exciting than it believes itself to be, serving staple French bistro food with a slight edge, or as they suggest “a modern twist”. For a light lunch we shared five dishes between two starting with the Cheese Beignets with Onion Confit and Crispy Frog Legs with Bois Boudran Sauce. Our mains; Octopus with Burnt Clementine, Fennel and Pistachio and Confit Duck Leg with Butternut Squash Puree, Hazelnuts, Chilli and Star Anise and a side of Frites and Bearnaise. Gosh, I feel like I’ve just auditioned for the announcer on Masterchef! 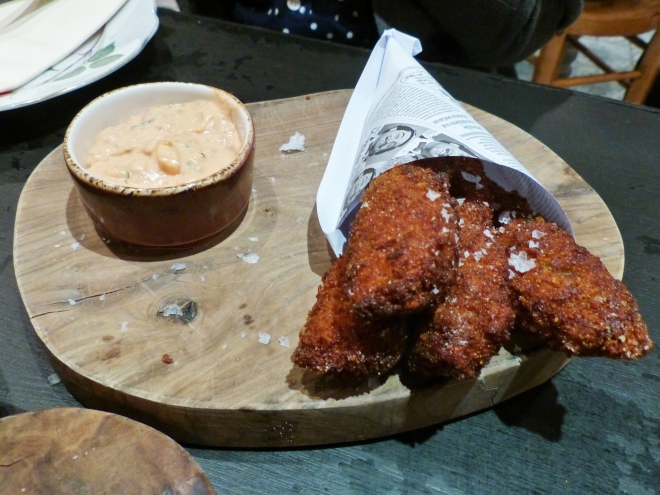 Unfortunately, most of the dishes tasted less intriguing than they sounded though were on the whole appetising and served beautifully with a rustic charm. The cheese beignets were light and crispy on the outside and were wholly delightful however the cheesiness wasn’t quite right I feel, leaving the onion confit feeling adequate but not working together as best as it could. The crispy frog legs were indeed very crispy but a lighter batter would give the frog legs more attention and the sauce suited the batter more so than the frog legs. 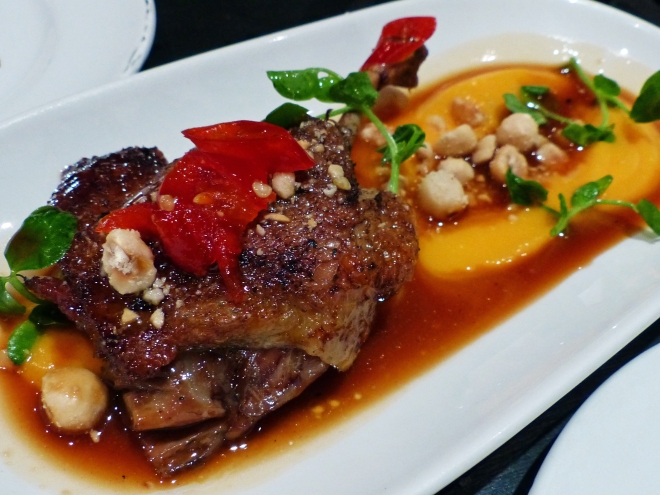 Confit duck leg is one of those French dishes that always beckons me on a French menu. The gamey flavours and the promise of succulent and moist meat with a crispy skin never fails to attract me, and this time no less, though the ox cheek ‘bourguignoun’ and braised lamb shoulder made it almost impossible for my little mind to choose. The dish itself is a delightful little plate of food, and possibly the smallest duck leg I’ve seen! The duck leg was slow cooked just right and had a lovely crispy skin but some of the flavours did not pierce through and I feel the puree could have been richer, or maybe not butternut squash at all. Something with a sharper taste would have given this dish a modern touch. I was most impressed with the little slithers of chilli actually! Blanchette somehow managed to fully bring out the sweetest of the chilli whilst also maintaining its spice, I could have had a plate of those! 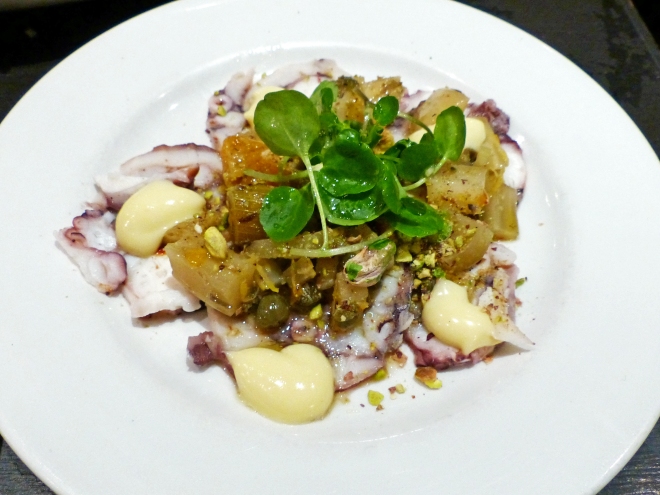 The octopus could have been an amazing blend of textures and flavours but fell a little off that mark since it was mainly the fennel that I could taste and the slithers of octopus, could have done with more bite. Though on paper the addition of pistachios sounded promising, maybe the dish needs more of that. The frites were dependable, nothing exciting but portions wise, quite large in comparison. Service was friendly and as said before, creating a fully immersive Parisian Bistro atmosphere. 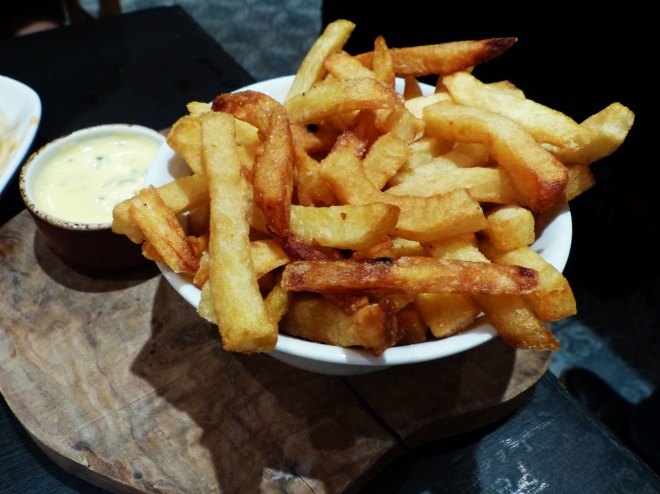 Overall, a wholly serviceable restaurant that I would like to revisit for another light lunch. However slight missteps hold it back from reaching its full potential. Go to taste traditional French dishes with a twist. They might not all work as well as they could or should but overall you’ll have tasted some well cooked French dishes like you’ve never tasted before.

One thought on “Blanchette, Soho [French]”